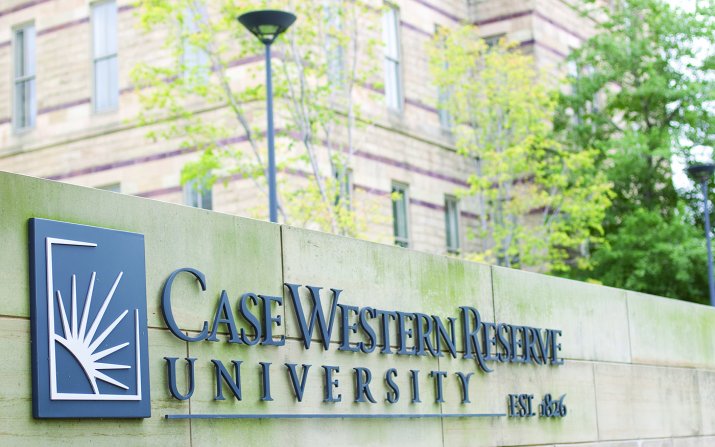 The five-year grants support the scientists as they delve into how nanopartical organization controls properties of materials, the mechanisms in the interfaces of layered materials that control performance, how red blood cells and tissues change with disease and new ways to mine large, complex data networks.

Jennifer Carter
Carter, an assistant professor of materials science and engineering, has received a $500,000

Her lab is investigating the mesoscale (between nanometer and millimeter) structure, interactions and other features in the boundaries between layers of materials—in what are called interface-rich materials—that influence the performance of the overall part.

Carter’s lab plans to develop an open-source “big data” tool that companies, researchers and others can use to design and manufacture materials that optimize the interface to produce desired qualities.

Umut Gurkan
Because cancer, cardiovascular and kidney disease, anemias, obesity and a list of other diseases and conditions are accompanied by an increased stiffness and stickiness of red blood cells, Gurkan, assistant professor of mechanical and aerospace engineering, is investigating how this occurs and why. He received $500,000 to support the effort.

“We don’t know if the change contributes to the disease or is a result of the disease,” Gurkan said. “Healthy red cells are easily deformable and don’t stick to surfaces, but increased stiffness and stickiness can impair blood circulation.”

To understand the mechanical changes, his lab has built micro-channel devices that mimic circulation in the smallest of blood vessels. Here, they will try to identify which surface receptors are associated with increased adhesion and lower deformability.

The team will try to discern if and at what point increased adhesion is a surrogate for stiffness, the translocation of an inner membrane phospholipid to the outer membrane (thought to be correlated with adhesion) and function. Lastly, the team will explore whether unhealthy red blood cells can be identified by adhesion affinity and stiffness.

Nicole Seiberlich
Seiberlich, an assistant professor of biomedical engineering, is developing and testing a new technique, called MRF-X, to probe the microstructure of tissue in the body, using standard magnetic resonance imaging (MRI) scanner to collect data in a new way. She received a $504,000 grant for the project.

“Our hypothesis is there’s a different makeup in healthy and diseased tissue,”Seiberlich said. “We’re going to use MRI fingerprinting to help us better understand microstructural tissue properties.”

MRI fingerprinting (MRF) is a technique designed to identify the signatures of different diseases inside the body. Seiberlich’s lab will focus on chemical exchange between different kinds of tissues. Specifically, her team will map the water exchange in healthy skeletal muscle and brain tissue. They’ll then compare the healthy brain tissue data to water exchange data from the brain of a multiple sclerosis patient.

If the technique is able to consistently detect and quantify differences, Seiberlich believes it could help doctors to diagnose disease earlier and more accurately and allow researchers to study how diseases progress, possibly identifying targets for therapies.

Xiang Zhang
Driven by challenges in real-world applications to society, biology and medicine, Zhang, an assistant professor of electrical engineering and computer science, aims to significantly extend the reliability and efficiency of large network analysis, funded with a $499,210 grant.

In computer science, networks such as the millions of people using Facebook, or the functional associations between different biological molecules are represented by graphs. The nodes, or vertices, in a graph represent objects and the edges represent relationships, such as the interaction between nodes.

“Many successful methods for analyzing network data have been developed,” Zhang said, “but methodology development for large network analysis is still at its early stage.”

His lab is focusing on three avenues toward improvement: Develop new measures to capture the similarity between nodes. Explore numerical and algorithmic approaches to study dual networks and cross-network analysis. Design robust and flexible multi-network algorithms for clustering and ranking.

Each of the five projects is now underway. They include education, mentorship and outreach to graduate, undergraduate and K-12 students.

Emily Pentzer
Pentzer, an assistant professor of chemistry, is striving to uncover the principles governing structure-property relationships at the nanoscale. Pentzer’s goal is to provide researchers and manufacturers with insight they can use to make such things as solar panels that harvest more energy, more efficient medicines and coatings that better protect ball bearings to ocean liners.

To learn the fundamentals, her lab is using graphene nanosheets to tailor such properties as conductivity and mechanical strength, energy storage and charge transport, gas adsorption and more.

“We’ll use synthetic chemistry to create a new set of materials and dictate properties such as solubility, converting heat into current or whether the material is catalytic vs. inert,” Pentzer said. “We’ll control the spatial and temporal organization of nanomaterials to access well-defined geometries not accessible by conventional methods.”

She specifically chose to study carbon-based nanosheets, which have proven to be multifunctional materials but difficult to modify, in order to reveal the properties of different structures. Her grant totals $550,000.