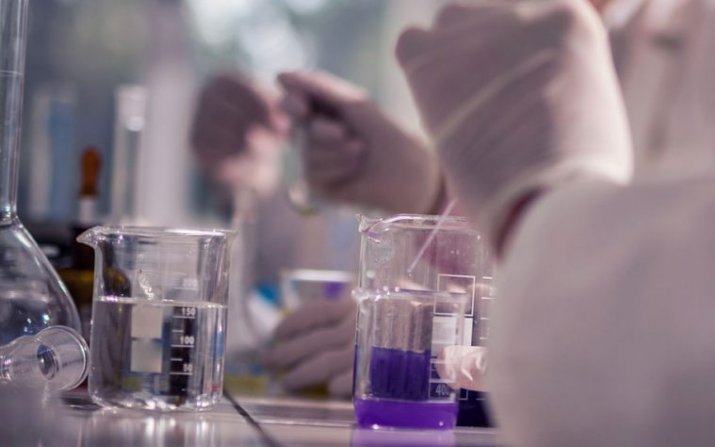 By leveraging existing biomarkers and developing new ones, ICBM Medical plans to commercialize its first clinical product applications, while establishing a pipeline for future biosensors. These biosensors are designed to outperform current tests more quickly and at a lower cost.

The technology has been prototyped and tested by Liu, director of the university’s Electronics Design Center, and his colleagues from departments of chemistry and family medicine. Case Western Reserve has filed multiple patent applications on a range of clinical uses, and just recently received notice of allowance for prostate cancer detection in both the United States and European Union.

“Because of our belief in C.C. and his work, we’ve invested substantially in intellectual property and other enabling resources to give his technology its best chance of success,” said Mike Allan, senior licensing officer with the university’s Technology Transfer Office. “We’re pleased to work with ICBM on this mutual objective.”

“We are thrilled at the progress that ICBM Medical and Case Western Reserve University have achieved in such a short time, from securing the option agreement to completing our technology translation assessment and development planning for commercialization,” said Stephanie Harrington, ICBM Medical president and chief executive officer. “With initial funding secured and additional funding efforts well underway, we are on plan to achieve market entry of our first biosensor within two years.”

Taipei Medical University (TMU) in Taiwan has been an active partner and collaborator with Liu, Case Western Reserve and now ICBM Medical. In addition to ongoing in-kind clinical testing of the biosensors, TMU has committed to invest $500,000 in ICBM Medical.

Recently, Liu and ICBM Medical were notified that The Ohio Third Frontier Technology Validation and Start-up Fund will provide $150,000 to help advance the detection technology from the lab to commercial markets.

Two biomarkers have been chosen to demonstrate the technology’s validity: alpha-methylacyl-CoA racemase (AMACR), for prostate cancer detection, and lysyl oxidase (LOXL2) for detecting breast cancer metastases. Specifically, Liu and his team have established the detection mechanism for each biomarker, and have designed and successfully fabricated biomedical sensor prototypes.

“Using microfabrication—the same technology used to make a (computer) chip—we can cost-effectively produce a biosensor from a thin, gold film,” Liu said. The sensor will produce disposable strips that form the reaction platform to which biomarker-specific reagents are embedded. Initial products are intended to be used with just a drop of blood.

Prostate cancer is the second-most common cancer in American men, with one in every six men affected, according to the American Cancer Society.

Prostate-specific antigen (PSA) blood test screening is commonly used but can have a high error rate. According to the National Institutes of Health National Cancer Institute, most men with an elevated PSA level don’t have prostate cancer; only about 25 percent of men who have a prostate biopsy due to an elevated PSA level actually have prostate cancer. Liu and his team expect their technology could also be a useful test before tissue biopsy and for periodic monitoring.