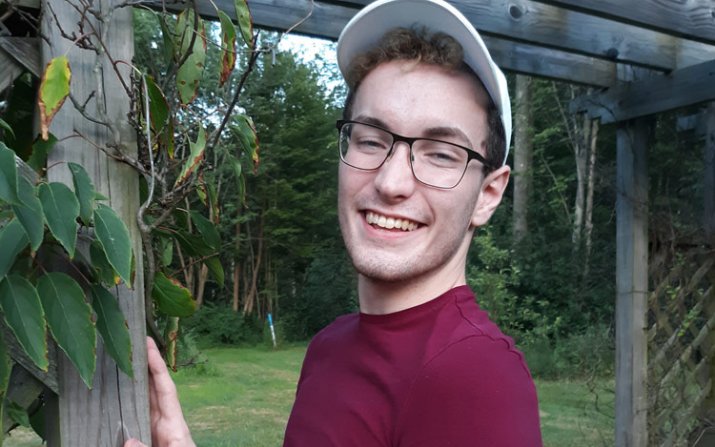 For Joel Linebach, molecules aren’t the only things dancing as part of his college experience—the fourth-year student dances, too. Drawn to Case Western Reserve because it allowed him to combine his interests, the Erie, Pennsylvania native is majoring in both polymer science and engineering and dance.

In engineering, Linebach’s ability to think in abstract and creative ways helps him with concepts like drug delivery. In dance, he’s able to “engineer” choreography.

“Having the two majors keeps me on my toes—both literally and figuratively—in a time management sense,” he said. “It’s a challenge, but I love every minute of it!”

He hopes to continue finding ways to incorporate both interests in the future. After completing his master’s degree in 2022, he plans to work in industry for a few years before going to medical school. Meanwhile, he wants to keep dancing, whether with a professional organization or as a freelancer.

In engineering, Linebach has gained experience as an intern with GE Transportation, A Wabtec Company in their Additive Development Lab, a role that allowed him to write manufacturing instructions, fix 3D printers, consult engineers on selecting materials for their designs, and more.

On campus, Linebach is highly involved. Greek Life is a major part of his CWRU experience as he is president of Alpha Chi Sigma and leadership development chair for Sigma Nu. He also is part of Tau Beta Pi and Gamma Sigma Alpha. As an engineering student, Linebach is a peer advisor and has recently been involved with the Undergraduate Macromolecular Student Organization and helped found CWRU’s chapter of the Society of Plastic Engineers.

Building upon his more than 12 years of experience as a dancer, Linebach is president of Spartan Tappers and co-president of Mather Dance Collective. He was previously involved in Urban Elementz.

“Honestly, I value creativity, ambition and kindness which is why I love being involved in all these organizations and am in the roles I am in now,” he said.