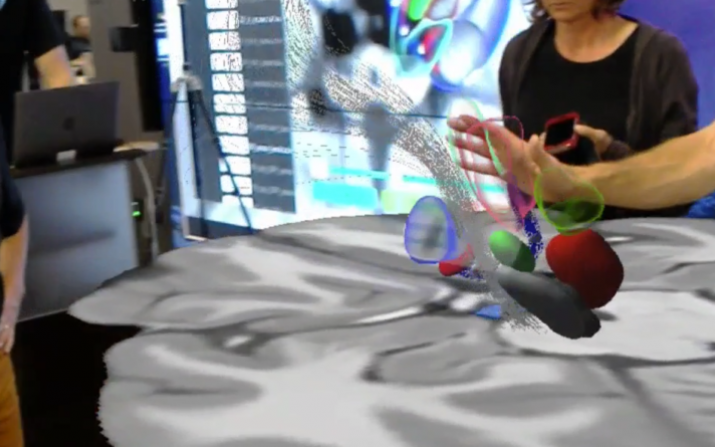 A team of researchers, led by Case Western Reserve University scientists and technicians using the Microsoft HoloLens mixed reality platform, has created what is believed to be the first interactive holographic mapping system of the axonal pathways in the human brain.

The project, described by researchers as a “blending of advanced visualization hardware, software development and neuroanatomy data,” is expected to have a wide range of scientific, clinical and educational applications and further a collaborative interaction between neuroanatomists and brain-imaging scientists.

For starters, it almost instantly becomes “the foundation for a new holographic neurosurgical navigation system” for Deep Brain Stimulation (DBS) and is being dubbed ‘HoloDBS’ by the team, said lead researcher Cameron McIntyre, the Tilles-Weidenthal Professor of Biomedical Engineering at the Case Western Reserve University School of Medicine.

“More than 100 clinicians have had a chance to beta test this so far and the excitement around the technology has been exceptional,” McIntyre said, adding that the method is already dramatically advancing scientists’ understanding of the complexities associated with certain, targeted brain surgeries. 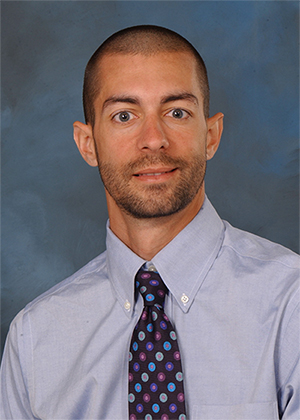 
The new research incorporates decades of valuable, but disconnected, neural data from dozens of sources and transforms them into a fully three-dimensional and interactive visualization. Users of the technology, including neural engineers, neuroanatomists, neurologists, and neurosurgeons, are able to see both the animated “atlas” of the brain via the HoloLens headset—and the axonal connections in front of them.

“The cool thing about this is that we have been able to integrate decades of neuro-anatomical knowledge into the context of the most modern brain visualization techniques,” McIntyre said. “We’re taking all of that anatomical knowledge and putting it into the hands of users in an entirely new and useful format.

McIntyre worked alongside radiology professor Mark Griswold, who is faculty leader of Microsoft HoloLens education-related initiatives and directs the Interactive Commons, a university-wide entity that aims to help faculty, staff and students use a range of visualization technologies to enhance teaching and research. Griswold also led the team that developed the HoloAnatomy app.

Others on the project included Mikkel Petersen, a postdoctoral fellow in the McIntyre Lab, and world expert neuroanatomists from the University of Rochester, Universite Laval in Quebec City, Quebec, Emory University and the University of Pittsburgh.

A holographic image of the human brain.


The process is described in research being published online in the journal Neuron. An embargoed draft can be downloadedand, once published on Nov. 7,  will be available online on the cell.com site.

The project focuses on visualizing the precise axon pathways in the brain. Axon pathfinding is a subfield of neural development which researches how neurons send out axons to reach the correct targets in the brain.

Researchers focused on the subthalamic region of the brain, a common surgical target for deep brain stimulation, but an area of the brain that has been highly problematic for the current best technology, known as tractographic reconstructions.

Tractography, known for revealing colorful “brainbows” inside the human brain, has been used in hospitals for about 20 years. It visually represents the nerve tracts in the brain by using data collected by diffusion MRI, presenting the information in two- and three-dimensional images called tractograms.

The Case Western Reserve team advanced that technology not only by making it truly three-dimensional, but interactive by asking a group of expert neuroanatomists to “interactively define axonal trajectories of the cortical, basal ganglia, and cerebellar systems” while wearing the HoloLens headset.

“In doing so, we have produced what is the first anatomically realistic model of the major axonal pathways in the human subthalamic region,” McIntyre said. “This is just the first step and can be repeated throughout the brain.”