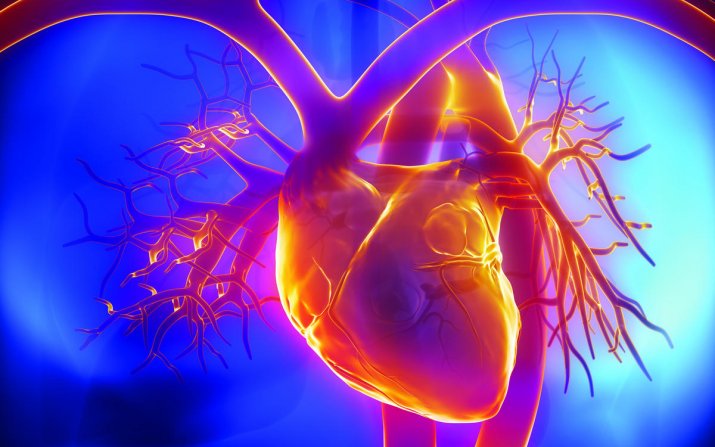 Reviewers at the National Institutes deemed the proposal perfect: scientifically sound, highly innovative, and highly likely to produce positive results. They gave the plan a score of 10 out of 10—a rarity among the more than 50,000 grant applications the NIH receives annually.

Researchers have already begun tailoring new imaging and will develop high-speed computer analysis to help doctors determine whether a stent is restoring circulation as designed, if more stents are needed to seal off a problem area or whether a stent has failed or become a trouble spot.

Hundreds of thousands of ischemic heart disease patients in the U.S. are treated with stents annually. The disease blocks coronary arteries, reducing the flow of blood to the heart. Stents are small mesh tubes that, when inserted, hold open vessels to restore blood flow. Stents can also be treated with medicines that, released over time, prevent excessive formation of fibrous tissue and recurrent narrowing of the vessels.

While the treatment has improved over time, about 5 percent of stents fail in the first year following implant and additional 1 percent every additional year due to recurrent narrowing of the artery or the formation of blood clots at the site, said Bezerra, an intravascular Optical Coherence Tomography (OCT) expert.

“Such failure can be catastrophic, causing heart attack or sudden death,” he said.

The OCT will take as many as 500 images of each stent. Wilson is developing software to quantitatively analyze every detail captured within minutes. Currently, such analysis takes a trained doctor eight to 15 hours. The computer analysis will also eliminate the variability of manual analysis, Wilson said.

The images produced by OCT are actually reflections of an infrared laser in the artery, measured at various depths to produce a three-dimensional image. The technology has 10 times the resolution of the analogous ultrasound-based technology, called intravascular ultrasound, or IVUS.

Rollins, an expert in OCT, has been tailoring OCT for multiple applications. His understanding of the OCT imaging process helps the team tailor software to recognize plaques in the heart’s arteries and identify those likely to rupture—the most common cause of heart attacks and the areas targeted for stents.

The rapid return of information would allow cardiologists implanting stents to determine if more stents are needed to seal off plaques likely to rupture, or to optimize the stent deployment —for example making the devices wider to improve blood flow during the procedure.

If a stented patient complains of problems or doesn’t improve, the doctor would be able to reexamine during a follow-up visit to see if the stent scaffold is covered with new tissue, as designed. The findings may be used to guide therapy, such as prescribing medication to prevent blood clotting that can occur at the uncovered site.

In addition to clinical practice, the technology will also be used to guide research and development of new stent designs. Stents can have different architectures and be made of metal or materials that are absorbed by the body. They can be coated to activate cell coverage and hold and release a variety of drugs.