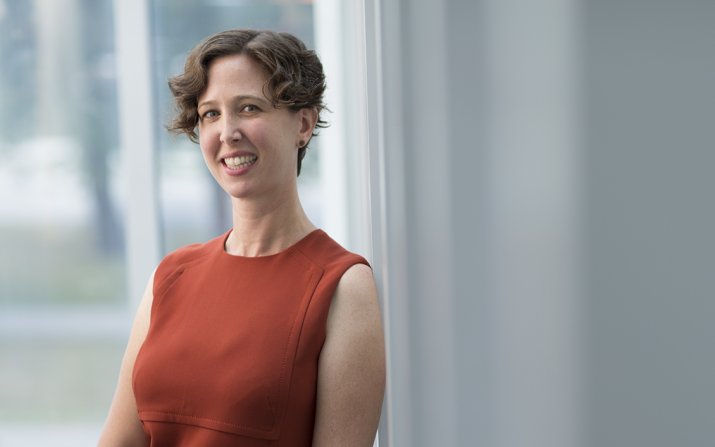 The Case School of Engineering has named Alexis Abramson interim chair of the Department of Electrical Engineering and Computer Science.

A nationally recognized leader in advanced energy research, Abramson, the Milton and Tamar Maltz Professor of Energy Innovation and director of the Great Lakes Energy Institute, has been a member of the engineering school faculty since 2003, with a primary appointment in mechanical and aerospace engineering and a secondary appointment in the Department of Electrical Engineering and Computer Science. In her nearly 15-year career at Case Western Reserve, she has built a robust research portfolio focusing on developing nanomaterials for alternative energy applications, virtual energy audits for building efficiency and accelerating commercialization of advanced energy technology.

“Professor Abramson has worked for years at the interface between multiple engineering fields with a focus on energy, connected systems and building technologies,” says James McGuffin-Cawley, interim dean of the Case School of Engineering. “She is well prepared to lead the department in continuing to capitalize on its current strengths and growing new and exciting initiatives, including those in the Internet of Things and data science.”

With five different undergraduate and graduate programs, electrical engineering and computer science represents one of the Case School of Engineering’s largest departments.

Abramson brings a wealth of her own research expertise to the role, as well as experience in industry, commercialization and public policy. On temporary assignment to the federal government from 2011-2013, she provided strategic leadership and oversight to the Emerging Technologies Team at the Department of Energy’s Building Technologies Office, which invests about $90 million per year in the research, development and commercialization of energy-efficient and cost-effective building technologies that are within five years of being market-ready.

Abramson will begin her new role effective Aug. 1. She succeeds Ken Loparo, who is returning to the faculty after four years of department leadership.