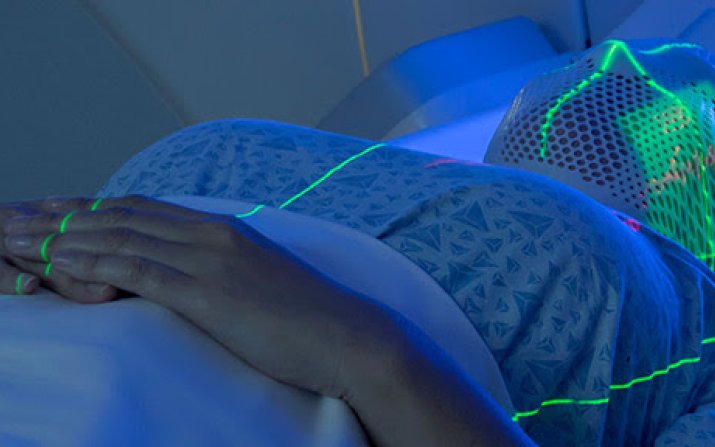 Head and neck cancers (squamous cell carcinomas or HNSCC) represent more than half-a-million cases and 300,000 deaths a year, making them the sixth-leading cancer worldwide, according to the World Health Organization.

The Case Western Reserve-led research team will analyze computerized images of tissue samples for patterns, which could become “biomarkers,” or predictors, for determining relative risk for recurrence in one particularly common type of head and neck cancers.

Those tumors, known as oropharyngeal cancers, occur primarily at the base of the tongue and in the tonsils.

Currently, however, oncologists tend to treat all of these tumors with the same aggressive level of therapy. This is the case even though many of the oropharyngeal tumors which are caused by the human papilloma virus (HPV) tend to have favorable outcome—regardless of treatment—while another subset of the tumors progress and metastasize, or spread.

“Right now, it’s a one-size-fits-all therapy for all of these patients with HPV head and neck cancers,” said Anant Madabhushi, the F. Alex Nason Professor II of Biomedical Engineering, founding director of the CCIPD at the Case School of Engineering and primary investigator in the new research.

“There are currently very few validated biomarkers and approaches that are accurate enough to be able to identify which of these cancers are more aggressive or which ones are less aggressive,” he said. “That has limited the ability of clinicians to even hold clinical trials to find out if they can de-escalate therapy for some of these patients—or who needs more aggressive therapy.”

The National Cancer Institute (NCI) recently awarded a $3.15 million, five-year academic-industry partnership grant to Madabhushi and his team to pursue the research and build toward establishing those clinical trials.

Co-primary investigator on the grant is Vanderbilt University’s James Lewis Jr., whose specialty is head and neck pathology, while Cleveland Clinic’s Shlomo Koyfman and David Adelstein are co-investigators with expertise in radiation and medical oncology.

Madabhushi’s team again is working with Mark Lloyd, of industry partner Inspirata Inc., the Florida-based company also teaming up with the lab on studies of breast and lung cancer—work supported by more than $6.3 million in NCI funding.

The team presented its data at the 2018 United States and Canadian Association of Pathology (USCAP) meeting in Vancouver in March and has generated data to suggest that the approach soon could become a clinically actionable tool.

Initial results on almost 400 oropharyngeal cancer patients suggests that the technology is independently prognostic of disease progression—meaning that it could stand alone in helping clinicians figure out how aggressive the disease is and then make a more informed decision on how aggressively to treat the cancer.

“In those cancers, they’ve established whether you can modulate your therapy based on the risk profile for those tumors,” Madabhushi said. “But in head and neck, clinicians might have a sense that there are different risk profiles for different patients, but nobody knows for certain. We want to change that by giving them the risk stratification tools to better help the patient.”

The described invention provides methods and apparatus associated with producing a quantification of differences associated with biochemical recurrence (BcR) in a region of tissue demonstrating prostate cancer.

The co-inventor is Mirabela Rusu, a former postdoctoral fellow of Madabhushi’s and currently an assistant professor of radiology at Stanford University.