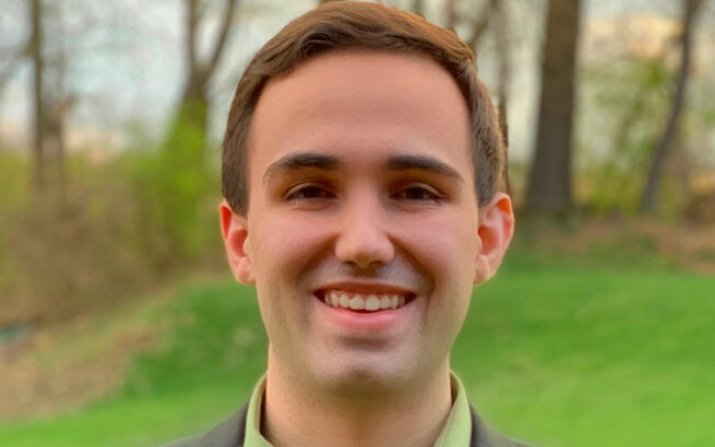 When Case Western Reserve University transitioned to remote operations last spring, Hunter Stecko was instrumental in launching the Student Activities Fee COVID-19 Emergency Fund. Then the vice president of finance for the Undergraduate Student Government (USG), Stecko worked with Joey Kass, chairman of the Student Executive Council’s Allocations Committee at the time, to develop a system that repurposed fees from student activities to assist students with unanticipated costs such as urgent travel and storage needs.

Now president of USG, Stecko, a senior majoring in electrical engineering and computer science, drafted the university’s Community Commitment, which seeks to encourage students, faculty and staff to take precautions for the good of the university community.

Though he’s now held several leadership roles, Stecko admits he didn’t quite know what the organization was like when he joined as a first-year student. He envisioned it as something akin to the student government experience he had in high school and was interested in impacting changes to the meal plan. Ultimately, he found an even more meaningful experience, realizing the broader impacts student organizations can have on campus.

At the encouragement of his colleagues in USG, Stecko ran for president last year.

“I wanted to use the role to showcase all of the other wonderful resources USG has to offer, all of the wonderful people that we have to offer, rather than uphold myself,” he said.

He stepped into the role in May amidst much uncertainty.

“I want to make sure that given the fact that [many of us are] no longer on campus, that the student voice is still heard and valued,” Stecko said.

At the top of his list of priorities is addressing student concerns related to sexual assault and racial justice and making sure CWRU is welcoming to all. Additionally, he wants to be sure that students receive the full value of their CWRU education no matter where they’re studying this semester, and would like to implement an emergency grading policy to ensure that, should something like the COVID-19 pandemic arise in the future, the grading process will be equitable and fair.

At CWRU, he’s also highly involved. In addition to USG, Stecko is the head teaching assistant for an engineering course (ENGR 210), is the director of music for the Newman Catholic Student Organization, and is a research assistant in a biomedical engineering lab.

Ultimately, Stecko hopes to go to medical school and become a neurologist, inspired by a family history in Alzheimer’s disease.

“I always wanted to see if there was any way I could help alleviate that,” he said.

See Stecko and other university leaders in the Community Commitment video, but first, take a look at his answers to this week’s five questions.

1. What was the last book you read?

In addition to re-reading 12 Rules for Life by Jordan Peterson, one of my favorite books, I have just started reading a book called The Hundred-Year Marathon by Michael Pillsbury, which addresses Chinese foreign policy. I’ve been studying Chinese politics and society for a political science minor for the last few years, so this is of great interest to me.

2. When you were younger, what did you want to be when you grew up?

An artist, a musician, a chef … I never really had one thing in mind for very long! One of my uncles always wanted me to be a computer scientist … I resisted for years, but finally gave in as a junior in college.

3. If you could have a superpower, what would it be?

4. Who has had the greatest influence on you?

Certainly my parents, to whom I owe most everything. But also a dear friend named Andy Halza, who I’ve known since preschool and with whom, now, I share my college experience.

No question: The people.