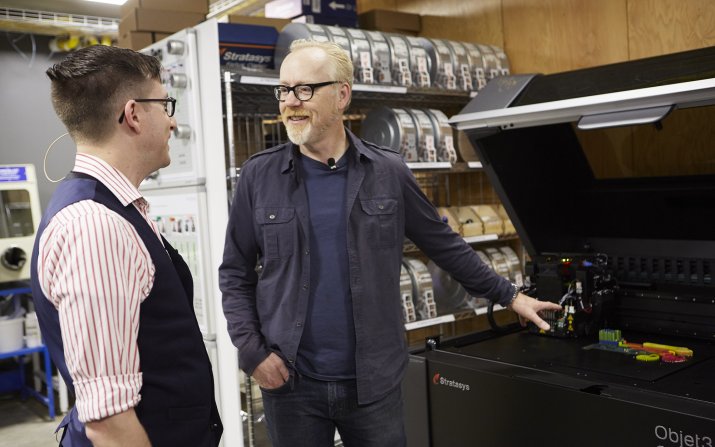 Savage’s Cleveland visit reflects President Barack Obama’s call that “every company, every college, every community, every citizen joins us as we lift up makers and builders and doers across the country.” A representative of the White House Office of Science and Technology Policy (WHOSTP) will accompany Savage as he spends the day inspiring support for the next generation of inventors.

The daylong schedule of events was planned by Lisa Camp, associate dean for strategic initiatives at Case School of Engineering, and Sonya Pryor-Jones, chief implementation officer for the MIT Fab Foundation, as a lead-up to the 2016 National Week of Making (June 17-23), announced earlier this year by the White House.

“The Fab Foundation, an outgrowth of MIT’s Fab Lab program, has committed itself to democratizing digital fabrication and making since our efforts began in 2001,” said Pryor-Jones. “We are excited to join the WH OSTP for the visit to Cleveland—an early adopter in our STEM education work and home to a rich history of manufacturing and making.”

“This visit,” added Camp, “is intended to highlight the growing ecosystem of making and fabricating in Cleveland, from education to product development to manufacturing, positioning our city and region as a national leader.”

In addition to other meetings, Savage plans to visit the following locations:

Savage will discuss the opportunity for the Cleveland community, which has already demonstrated itself as an early adopter in the maker movement, to lead this national effort by deepening its focus and resources to build a robust and inclusive ecosystem of opportunities for individuals and organizations to use new technologies and approaches to improve schools, launch businesses, grow vital skills in science, technology, engineering and math (STEM) and lead a grassroots renaissance in American manufacturing.