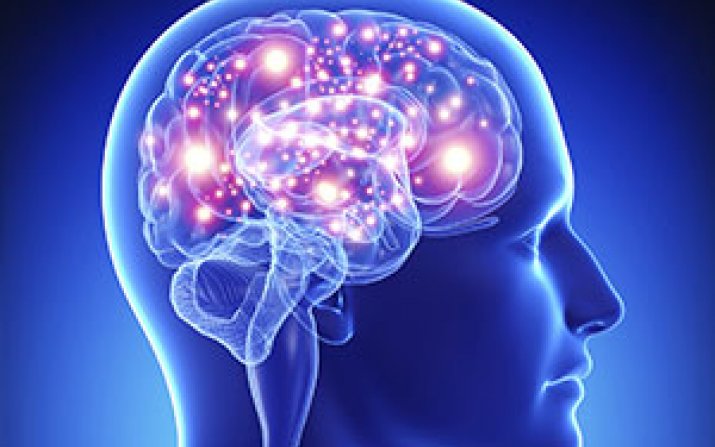 Case Western Reserve is one of two universities in the country selected to lead a $27.3 million international effort to identify the causes of a mysterious and deadly phenomenon that strikes people with epilepsy without warning.

For the past several years, federal health officials have explored ways to spur meaningful research regarding this fatal complication of the neurological condition. Known as SUDEP, for Sudden Unexpected Death in Epilepsy, it is the most common cause of mortality for individuals with epilepsy. Because those felled by SUDEP show no signs of trauma or other explanation for the loss of life, progress in understanding the causes and mechanisms of SUDEP has been painstakingly slow.

This new initiative, dubbed the Center Without Walls for Collaborative Research, requires scientists to connect with peers elsewhere in a strategic and richly interactive way.

The idea, according to the National Institute of Neurological Disorders and Stroke, is that investigations that draw broadly upon individuals’ distinct and complementary skills are far more likely to accelerate progress toward successful interventions than large numbers of separate projects.

“This investment made by the National Institutes of Health is the most significant commitment to SUDEP research ever made,” said Samden Lhatoo, MD, contact principal investigator, professor of neurology, Case Western Reserve School of Medicine, and director of the Epilepsy Center, University Hospitals Case Medical Center. “It is the culmination of several years of efforts to get to the crux of a perplexing and catastrophic phenomenon.”

Case Western Reserve and the Baylor College of Medicine will manage the efforts of 13 U.S. institutions and one London center. The project, which started Oct. 1, contains multiple simultaneous initiatives, among them research aimed at identifying risk factors for SUDEP, possible genetic roots, models of cardiac-related contributors, and the potential impact of key neurological chemicals.

“No single institution has a sufficient number of patients or resources to conduct the studies and analyze the data to discover who is at risk for SUDEP and why,” said GQ Zhang, PhD, professor in the Department of Electrical Engineering and Computer Science at the Case School of Engineering and CWRU School of Medicine, and principal investigator of the Informatics and Data Analytics Core of the center. “Only through collaboration among multiple sites can clinicians and scientists gather enough physiological, imaging, genomic and other data to learn the causes and develop treatment strategies to prevent SUDEP.”

Added Vicky Whittemore, PhD, NINDS program director and a leader of the center: “These projects represent a wide range of strategies for figuring out what causes SUDEP and identifying risk factors that may help prevent it.”

The award marks a highly successful collaboration between Lhatoo at the Epilepsy Center at UH Case Medical Center, Zhang in the Division of Medical Informatics, CWRU School of Medicine, and co-investigator Kenneth Loparo, PhD, from the Department of Electrical Engineering and Computer Sciences at the Case School of Engineering.

The SUDEP Center Without Walls will contain core and project components distributed among the 14 participating epilepsy centers. Case Western Reserve will house the Administrative Core and the Informatics and Data Analytics Core. It will also lead the Autonomic and Imaging Biomarkers of SUDEP Project. Lhatoo will direct the Administrative Core to coordinate the interface among all collaborating epilepsy centers by setting up connecting administrative systems and establishing ground rules for functioning within those systems. The center’s other interfacing administrative components will include data-use agreements, institutional review boards, publication agreements and data-sharing protocols. Lhatoo will also lead the Autonomic and Imaging Biomarkers Project.

Zhang will direct the Informatics and Data Analytics Core by developing and deploying advanced software tools for coordinating data collection, access and sharing across all collaborating centers that will result in a unique collection of “big data” for continued analysis. The information technology underlying informatics and data analytics for the SUDEP Center Without Walls will surpass the most sophisticated electronic medical record systems on the market. The result will be the ability to capture patient data in a systematic, efficient and robust way to support elaborate disease-specific inquires focused on epilepsy. Imaging and genomic electrophysiological data will be housed in a way that users can retrieve just the right pieces of information to form and explore a hypothesis about SUDEP’s biological mechanisms, risk factors and potential interventions.

Collaborators at each of the centers will contribute to the SUDEP Center Without Walls enterprise by conducting their own explorations on specific projects. They will then submit their findings to the Informatics and Data Analytics Core at Case Western Reserve so that other scientists and clinicians can access and use that information for furthering their research or clinical work. The projects are:

Autonomic and Imaging Biomarkers of SUDEP, Principal Investigator Lhatoo, Case Western Reserve: His team will examine ways in which changes in brain structure are linked to abnormal physiological responses and altered breathing patterns that occur during seizures. Using various imaging technologies, they will identify risk factors for SUDEP that may eventually be therapeutic targets.

The Neuropathology of SUDEP, Principal Investigators Maria Thom, MD, University College London, and Orrin Devinsky, MD, New York University: Combining the world’s largest collection of brains from individuals who have died from SUDEP with tissue collected from individuals undergoing epilepsy surgery, Thom and her colleagues will use a variety of techniques to examine the role of two chemicals, adenosine and serotonin, in unexpected death associated with epilepsy.

Morphometric Core, Principal Investigator Alica M. Goldman, MD, PhD, Baylor College of Medicine: Goldman’s group will focus on changes in the size and structure of the brain and brainstem from individuals who have died due to SUDEP.

Molecular Diagnostics Core, Principal Investigators John William Belmont, MD, PhD, and Alica Goldman, MD, PhD, Baylor College of Medicine: Belmont’s team will conduct DNA genetic analyses on samples obtained from individuals who have died or are at high risk of developing SUDEP. The tissue will be collected from institutions that are part of the Center for SUDEP Research. The goals of this project are to identify the genes that cause SUDEP and allow researchers to develop tools to predict who is at risk for it.

Respiratory and Arousal Mechanisms, Principal Investigator George B. Richerson, MD, PhD, University of Iowa, Iowa City: Richerson’s lab suggests that dysfunction in brainstem pathways involved in controlling breathing may be involved in SUDEP. With the help of individuals with epilepsy as well as mouse models, Richerson and his colleagues will investigate these pathways and look for biomarkers that may be used to screen individuals most at risk of developing SUDEP.

Induced Pluripotent Stem Cells and Mouse Neurocardiac Models, Principal Investigators Jack M. Parent, MD, and Lori Isom, PhD, University of Michigan, Ann Arbor: Parent and Isom will examine changes in neuronal function and heart rhythm that may contribute to SUDEP in individuals with Dravet syndrome, a severe form of pediatric epilepsy with higher risk of sudden death. Using stem cells derived from individuals with Dravet syndrome, data obtained from these individuals before, during and after seizures, and mouse models, they will look for biomarkers to identify risk.

Cardiac Gene and Circuit Mechanisms, Principal Investigator Noebels of Baylor College of Medicine: He and colleagues will investigate how changes in genes can increase the risk of SUDEP by causing abnormalities in heart rate and breathing patterns. They will identify genes that contribute to SUDEP and test candidate drugs that may reduce the risk of unexpected death.

“SUDEP is a perfect storm of factors coming together,” Zhang said. “We believe respiratory, cardiovascular, autonomic and genetic factors play a role in SUDEP. That is why it is important for multiple sites to work together and to translate the science findings from the basic biology side to the clinical side. The data from all participating epilepsy centers will help us understand the potential factors and causes. That’s the objective, and it is a tall order.”

Added Lhatoo, “Through collaboration, we can develop findings in the approaching years compared to the decades it might take otherwise. We also will be training and mentoring the next generation of epilepsy clinicians and researchers, so we have covered all the key aspects of the SUDEP research enterprise.”

“We hope that by encouraging scientists with expertise in a variety of areas to join forces in the Centers Without Walls initiative for SUDEP research,” said Walter Koroshetz, MD, acting director of NINDS, “we may learn how to prevent the tragic death of as many as 3,000 children and adults each year in the United States.”